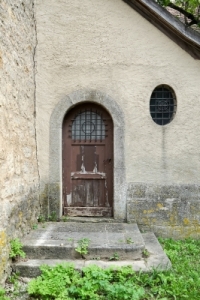 Clearly the purpose of a nonprofit board is to serve the constituency that establishes it—be it community, industry, governmental unit and the like. That said, the “how” to best deliver that service is often not so clear. An executive committee, for example, can overstep its authority by assuming powers beyond its scope of responsibility. I encountered this in one executive committee when the group developed a strategic plan in an interim period where there was no permanent ED. The board then refused to share it with the incoming executive. In another instance, an executive committee took it upon itself to appoint members of the audit committee—including outsiders who were unknown to the majority on the board.

The fuzziness of boundaries and lack of defined authority call for an active nonprofit system of checks and balances. For a variety of reasons this is difficult for nonprofits to achieve:

Mitigating Oversight Barriers: There is often little individual board members can do to change the course when the DNA has become embedded in the organization. The tradition of micromanagement, for example, is hard to reverse, especially when the culture is continually supported by a succession of like-minded board chairs and CEOs. No single board member can move these barriers given the brevity of the board terms. But there are a few initiatives that three or four directors, working in tandem, can take to move the organization into a high-performance category.