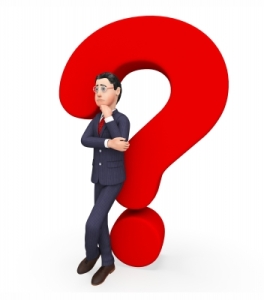 How Can A Chief Operating Officer (COO) Advance Your Nonprofit Organization?

In my decades of involvement with nonprofit boards, I have encountered several instances in which the CEO has failed to engage the services of a COO– when this addition to the staff was clearly needed. In each case and for whatever reasons, this reluctance to act left the nonprofit organizationally starved.

This means that the CEO continues to handle responsibilities that should have been delegated, some of which a predecessor may had assumed during the start-up stage. I once observed a nonprofit CEO with an annual $30 million budget personally organize and implement the annual board retreat, including physically rearranging tables/materials and cleaning the room after the retreat! When top leadership is deflected in situations as this, client services and the general health of the organization is likely being negatively impacted.

From a board perspective, the dynamics involved with the COO issue are best explained through field case examples:

Peter Gilbert was CEO of a national association, with a budget of about $13 million. The association supported about 250 human services nonprofits throughout the United States. It also had a subsidiary for-nonprofit firm that generated cash flow for the nonprofit. Income was generated from members’’ dues, foundation grants, individual donations, plus income from the for-profit firm, publications and conferences.

After about two years, Peter was doing an outstanding job with fund development and visiting individual members, but the internal organization was being deprived of leadership since he was traveling about 50% of his working time.

The board began to suggest that Peter needed a COO to assist him to improve internal operations. However, he said the budget was too tight to allow for the salary of COO.

Comments & History: After about four years of discussions, Peter and the board decided to allocate salary dollars from the subsidiary for-profit to fund the salary of a COO. He and the new COO worked well together for many years. The organization has successfully merged several times  since then and continues to prosper.

Steve Gilbert is a 10-year veteran CEO heading a community human service nonprofit with a budget of about $3million. He is well regarded in the community, and his nonprofit is considered well run, although it is the smallest of similar types of agencies in the region. He has 4.5 full time people directly reporting to him, and a total staff of 40 professional and other types of support staff. Since the organization is a relatively “flat” one, some board members want Steve to add a COO. For example, he recently had to make a decision on whether to buy a new or rebui8lt carburetor for a van? Steve recognizes the need for a COO, and at one time even allocated budget for one, but without taking action on the budget allocation.

Comments: The board in this case needs to make a determination as to whether or not Steve is managing the organization for long-term stability. In other words, does the nonprofit have the capacity to serve more clients with the addition of a COO? Considering Steve’s long tenure of acceptable service, is it appropriate for the board to be proactive in motivating Steve to appoint a COO? With his willingness to step in to the “weeds “ and work harder when agency gaps develop, it seems he is perpetuating a form of crisis management.

He may not realize that the nonprofit may not be functioning appropriately. This may include delegating too much of the fund raising effort to others and neglecting potential donors who want to interact with the CEO. He may fear that a millennial COO will encourage too many disruptions with the status quo.

Since the appointment of a COO is clearly Steve’s responsibility, there is little the board can do except to offer, “advice and consent.”

Jennifer Gilbert is a newly appointed CEO of a faith based nonprofit with an annual budget about $12 million. The organization has had some significant deficits over the last three years, causing her predecessor to resign.   Although she had been a volunteer board member of the organization, this is her first management position with a nonprofit. Her previous experiences included a series of middle management positions in business and entrepreneurial organizations. One of her first actions as CEO was to eliminate the COO position.

Comments: Obviously Jennifer needs to trim costs, but she/or others must assume the responsibilities now carried by the COO. Since she had been on the board of the organization, perhaps she felt she knew enough about the internal dynamics to eliminate the COO position without starving the nonprofit? On the other hand she may be leading the nonprofit to long-term difficulty once the current financial crisis has abated.

Nonprofit CEOs may knowingly or unwittingly reject the idea of adding a new “chief” to the management team. Some are victims of the “founder’s syndrome” and enjoy the high level of control that defines their current leadership. Others are concerned about the financial implications the addition of a new staff salary might have on a typically tight budget. Risk is carefully considered in the nonprofit environment. The board needs to exert its overview responsibilities and become advocates for the change when deemed necessary. Otherwise, client services will be impeded and the organization will become locked in its status quo position.