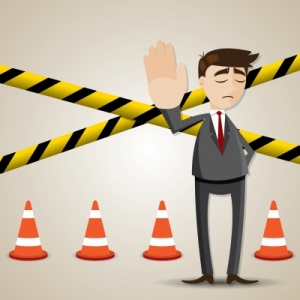 How Can Nonprofits Accommodate To External Influences? Some Field Observations

Ruth McCambridge, editor of Nonprofit Quarterly, points out “Our organizational management, (board) styles and structures are affected by the four external influences.” See paraphrased bolded items below. (http://bit.ly/1HSwrZY) Following are some specific field observations I have encountered that, over several decades, support her model relating to external influences.

The nonprofit’s mission field: McCambridge points out that arts organizations have dual have leadership models—artistic and business. However, unless specified which has final authority, the system can lead to continual conflict between the two; the artistic leader wanting the most authentic productions and the business leader concerned with budget realities. The final authority is often determined by which leader has the CEO title.

Human services boards and staffs often operate at a much higher emotional level than other types of nonprofits. Examples: Some of these board members consider themselves “families,” frequently fail to make the hard choices when board members are ineffective directors. Even the least productive board chair is venerated. Staff members similarly can be emotionally bonded, failing to realistically acknowledge the strengths and weaknesses of others.

On the other hand, board members of trade or professional associations often look to the staff as “servants” who should closely follow board directions. Example: One association CEO I encountered creativity developed a million dollar reserve for the group. Yet he was only allowed to spend up to $5K of a multimillion-dollar budget without formal board approval.

The nonprofit’ regulatory environment: It can be argued that nonprofit organizations are much more regulated than their for-profit counterparts. In addition to traditional state and Federal corporation laws, all nonprofits must abide by the Federal Intermediate Sanctions Act that prohibits them from providing excess benefits to anybody in a position to influence actions—internally a management or staff person and externally a vendor, donor or volunteer, etc. Charitable and public benefit nonprofits must annually file an IRS Form 990 that has, in addition to financial data, 38 questions related to corporate governance. Health care nonprofits face a multitude of regulations related to staff certification and relationships with patients. Example: A psychiatrist employed by a counseling agency resigned and took patient records with him. The employing organization had to sue for return of the records because agency, not the psychiatrist, was responsible for confidentiality.

The nonprofit’s communities’/industries’ spoken belief systems: Having worked with nonprofits on both US coasts, I have generally observed that CEOs on the east coast are given much more managerial latitude once a nonprofit startup moves beyond its early stages. Example: I have consulted with two west coast nonprofits both well beyond the startup stage—one with a budget of $6 million and he other with a budget of $10 million. A community model that required significant number of board interventions covered both. If they were on the east coast, both would likely have had CEOs with the title “President /CEO” with much more operating flexibility than the CEOs I observed on the west coast.

The nonprofit’s communities’/industries’ cultural norms and dynamics: Peter Drucker, the noted management expert, is said to have remarked, “Culture eats strategy for breakfast every morning.” He meant that strategy needs to be in line with culture to succeed. Nonprofit boards frequently align with this comment. Example: If a nonprofit board is a conservative one and content with a “mind the store CEO culture,” one or two board members can’t do much to drive change, until the CEO retires or leaves.

With the assistance of an independent moderator, many boards could benefit from an in-depth discussion of these four issues every couple of years. It may open discussion on some internal issues that need corrective action.