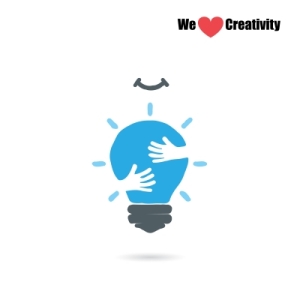 Like apples and oranges, a comparison between a $23 billion corporation and a typical nonprofit organization is hardly appropriate. Yet the recent upheaval at the Wells Fargo Corporation provides a cautionary tale for those who serve on nonprofit boards.

On September 8, 2016, the following report appeared in The New York Times:

For years, Wells Fargo (WF) employees secretly issued credit cards without a customer’s consent. They created fake email accounts to sign up customers for online banking services. They set up sham accounts that customers learned about only after they started accumulating fees.

These illegal banking practices cost Wells Fargo $185 million in fines, including a $100 million penalty from the Consumer Financial Protection Bureau, the largest such penalty the agency has issued.

Federal banking regulators said the practices, which date back to 2011, reflected serious flaws in the internal culture and oversight (by the board) at Wells Fargo, one of the nation’s largest banks. The bank has fired at least 5,300 employees who were involved. A series of investigations is currently ongoing, both internally and by governmental organizations.

Following are some important insights that nonprofit directors can derive from the WF debacle.

Information From Management: Management will always have more information than board members who can’t be in touch with operations daily. The challenge for nonprofit board members is to make sure they have the necessary information and a system to highlight even miniscule discrepancies.  For example, if the external accountant reports that some modest changes were discovered in reporting tax withholdings, the board has an obligation to ask for details to determine whether it was simply a human error, a systems problem that needs to be corrected or indication of a more serious problem.

Early Disclosure: WF was at fault for waiting years to disclose the problem. But fines for violating banking regulations are common. Also the level of the fine in relation to WF revenues was relatively modest, less than one percent of revenues. Nonprofits directors, however, being part-time participants, can tend to be extremely conservative in taking action when embryo problems appear. If left unattended, these are the springboards to destroy the organization. * Some boards have refused to fire a person guilty of fraud and have had to be removed by the State Attorney General.

Management Team: Most senior managers of WF were long-term employees, some with several decades of employment.   The close connection with peers may have led to Groupthink and rationales that the financial loss was a modest one. But this assumption ignored the reputational impacts of the 5,300 employees unfairly being fired. It favored company processes over WF people—an unforgivable lapse in management and actions.

Nonprofit boards face similar challenges. The median tenure for the typical nonprofit board member is between four and six years. Board member churn is a constant fact with nonprofit organizations. As a result, the long-term institutional memory for the organization rests with the management. But the board, in turn, has an obligation to make certain that values (disclosure, transparency and ethical behaviors) are implemented by management throughout the organization. Since the board and staff organizationally can only be one or two levels away from each other, the board has an obligation to occasionally interact with key staff personnel on committees or in informal social situations. Management may argue that such relationships may encourage staff personnel to make “end runs” to the board when dissatisfied with operating decisions. But there are ways to keep these actions minimal.   The board also must be certain that whistle blower opportunities and incentives are available for staff to report prospective or ongoing malfeasance.

The Object Lesson: What happened to WF could easily happen on a smaller scale to a nonprofit organizations when the board:

* See as an example: https://www.psychologytoday.com/blog/the-new-resilience/201109/are-nonprofit-organizations-inherently-dysfunctional