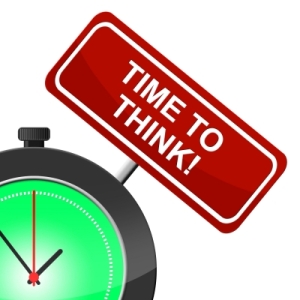 When a CEO Exits (or should)—what are the Board’s Succession Options?

CEOs of for-profit and nonprofit organizations typically come and go. Those executives that for an extended period may be highly valued for their demonstrated skills and accomplishments. One CEO I know has reached a 30 year anniversary and is still innovating. Other CEOs, including organization founders, may remain on the job past the point of growth. The nonprofit environment can be a comfortable workplace—a board member I once interviewed remarked that his long-serving CEO had a great “deal.” He meant the nonprofit wasn’t even close to its potential   I’ve even encountered CEOs who admit that they can run the organization on automatic, convinced that new challenges will be similar to those of the past.

Perceptions like these call for a board to engage in some form of succession planning to both prepare the organization for a time when the CEO must be replaced—and to periodically assess his/her performance in terms of position tenure. These discussions may be difficult, particularly when a long serving CEO is accorded a high level of deference for a number of overt or subtle reasons:

May have simply “minded the store.” Performing with little creativity but satisfying board members with a stable operation that meets financial standards. This includes low single digit growth levels with revenues meeting expenditures and perhaps a modest surplus.

The CEO’s Behavior and Succession Planning.

In my opinion, most nonprofit boards will rarely replace a long serving CEO preforming to modestly acceptable standards. However, a well-developed succession plan can be a vehicle for motivating change. The board and the CEO need to annually review the projected requirements an executive director to head the organization.

Interim Succession of the CEO

Every nonprofit board needs to have this plan in position in the event that the CEO is incapacitated for a long period or has given short notice to take another position. The discussion usually has to center around whether or not a current staff person can be appointed or an outside interim person(s) needs to be identified.

Every nonprofit board has an overview responsibility to be able to identify promotable senior talent in the organization. As part of this responsibility, the board has to become aware of the strengths and weakness of those who can be promoted to senior management positions

Annually the CEO needs to be asked to outline the he/s plans to creatively approach continuing challenges and/or experimentally address new ones. In addition, both the board members and CEO need to have a discussion on the skills or abilities the CEO should have three to five years from now.  This places the board in a position to recruit a new CEO if the current one resigns. It also allows the CEO to think about opportunities for his own growth.