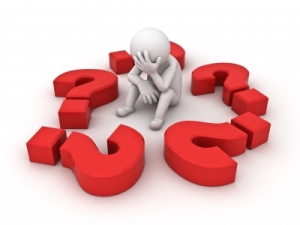 Major Donor Has Remorse–Nonprofit Board/CEO Failed to Meaningfully Engage Him?

After the gift is received, announced and celebrated, where does a nonprofit board and its management go from there? And whose job is it to see that the donor remains engaged and involved in the organization? These are questions that I have been thinking about after a friend brought facts of his donor experience to my attention.

A sad donor story begins with this friend who had been a longtime participant on the board of a nonprofit, eventually serving as board chair; he was also a modest contributor to the organization. During his tenure on the board, he developed a close professional relationship with the very innovative chief operating executive. Even after his term of board service had ended, the friendship between the two continued — as did the former director’s modest gifts to the nonprofit. In a current decision to more generously support the organization’s innovative mission the now ex-board member made a substantial financial pledge — unrestricted — to be paid over several years. During the second year of the sustainable pledge the CEO left the organization and moved on to another job; the donor, unfortunately, was never contacted by the CEO’s successor. The donor’s calls to request phone appointments were returned weeks later and abruptly terminated. A staff member was delegated to service the donor, and other than letters of thanks for his annual contribution and copies of routine communications, there was no personal contact.

End of story. My friend, a business consultant, was suffering from donor’s remorse, more formally known as cognitive dissonance. He has not remained in touch with the nonprofit and knows little about any innovative activities. No surprise ending here — his strong support is now welcomed at a number of other nonprofits.

Whose job is it anyway??

After a major grant or gift has been received, many nonprofit delegate relations with the donors to the CEO, other senior officers or a development director. But there’s many a slip between cup and lip — and nonprofit boards have to be sure that future funding is not jeopardized. My thought is that a plan of board oversight might be a solution to unusual situations such as the one described above where the necessity of donor meaningful engagement probably slipped through the cracks. Here are my further thoughts on the subject:

• Since it is widely known that “people give to people, not causes,” the board should have policies or guidelines relating to interpersonal contacts with major donors. Who in management and/or board should be responsible for these contacts? How frequently should the contacts take place? And whose problem is it if things go wrong?

Also see: “Harnessing The Power of Termed-Out Nonprofit Board Directors”